Sebastian Boyd’s growth in DD2 has been steady and resolute, reflecting the personality of the young driver who calmly goes about his business.

Although entries were lower than usual at Round 2 of the WPMC Karting Championship, he had Jason Coetzee to battle for the race win. Both great drivers, Boyd would need to perform at his best to get the results he wanted.

Unpredictable weather and a track surface with varying levels of grip greeted the Killarney karters in the morning. In tricky conditions, Boyd wasn’t entirely happy with the kart in the warm-up, but decided not to make any changes for qualifying. 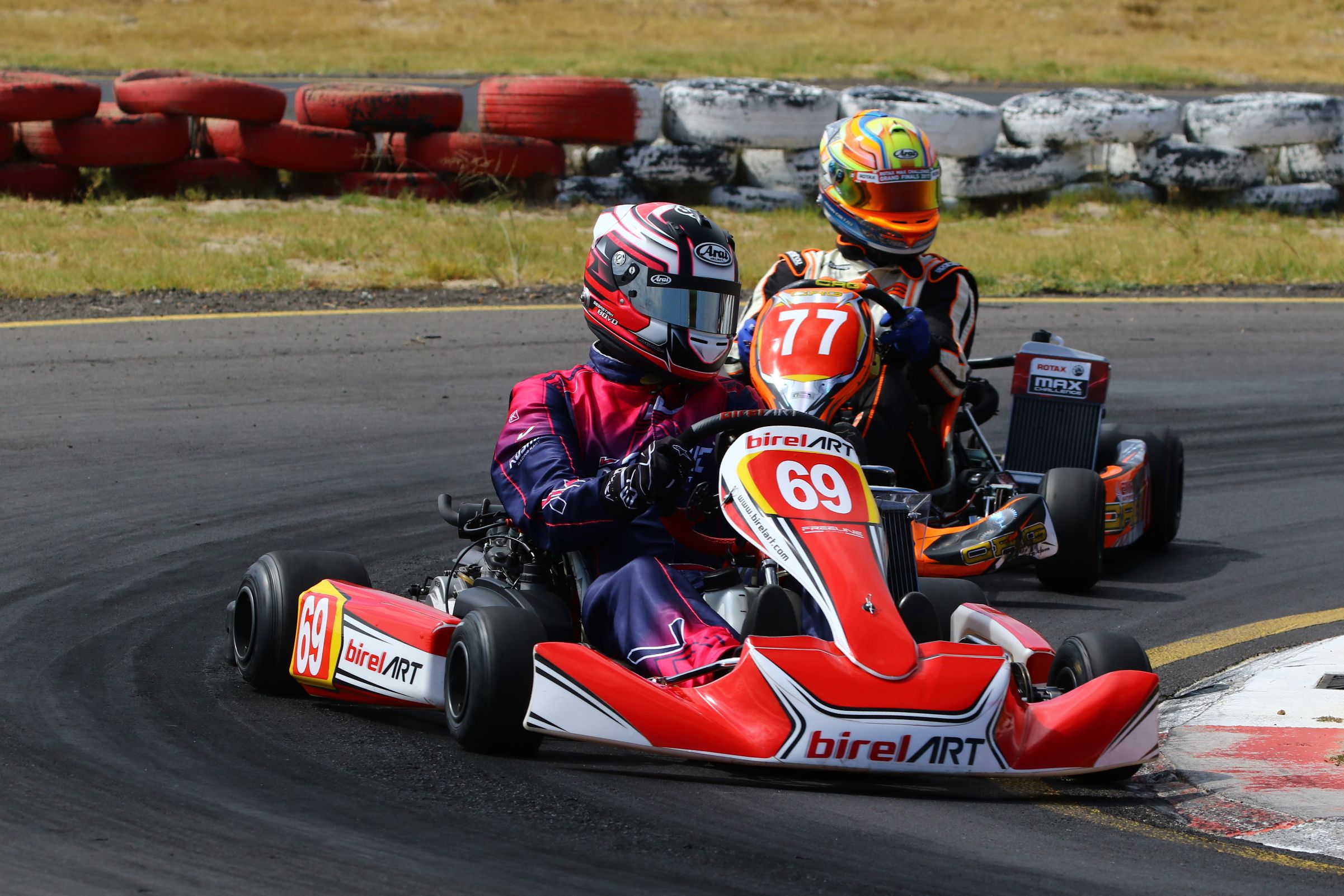 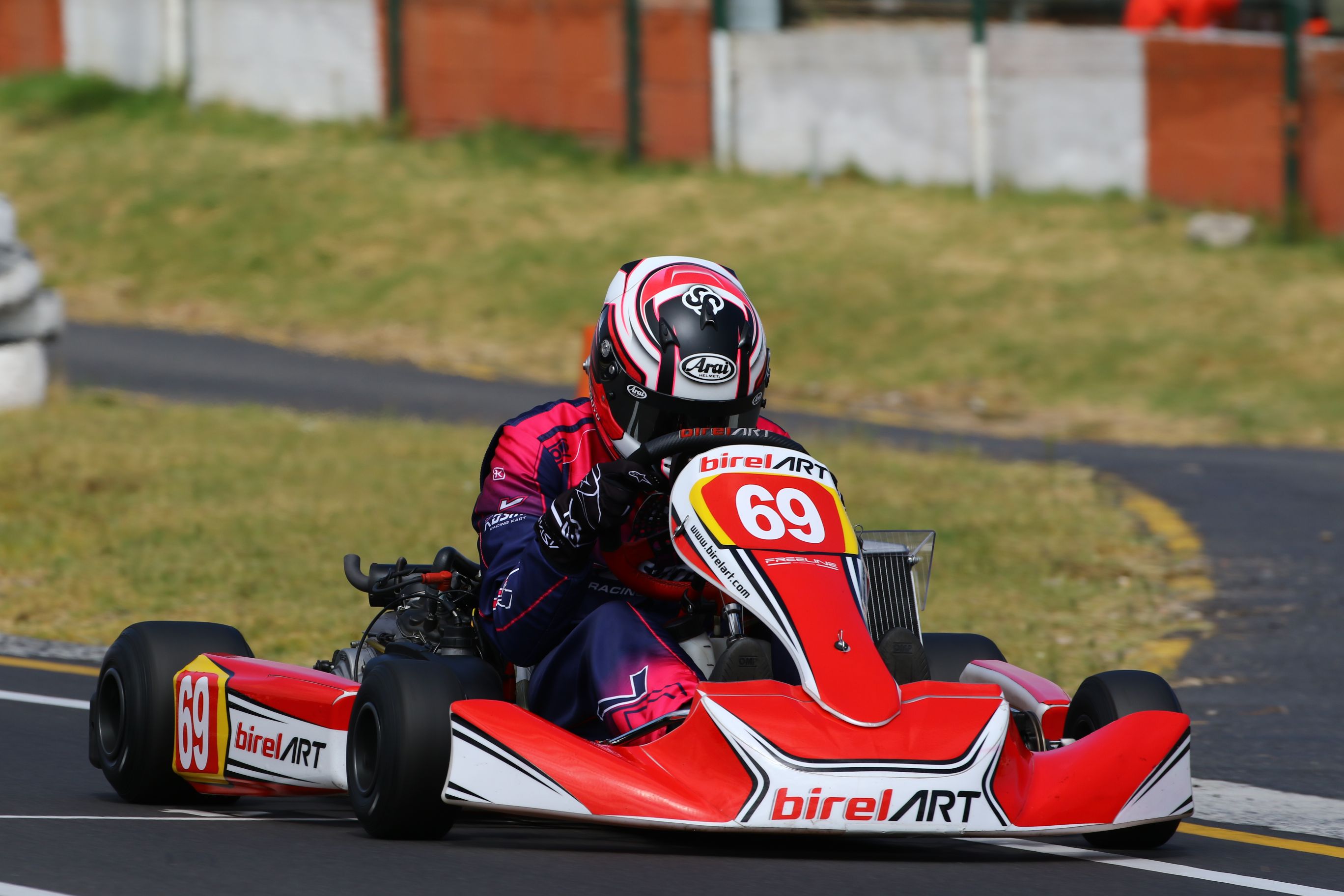 The inside line for Turn 1 is usually where you want to be at the start, but dust on the track made for deceptive conditions in the braking zone. Emerging from the first corner in P2, Boyd slowly found his rhythm after an initial struggle for pace. After posting his fastest lap in lap 5, Boyd made his move on Coetzee midway through the race and then outpaced him until the finish.

Race 2 saw Boyd line up in P1 on the grid again. He got a better start than Race 1, but a red flag and a restart meant it was all for nought. He managed another solid start and got into great rhythm, posting quicker times than his rival for 11 of the 14 laps and eventually winning by 2s. 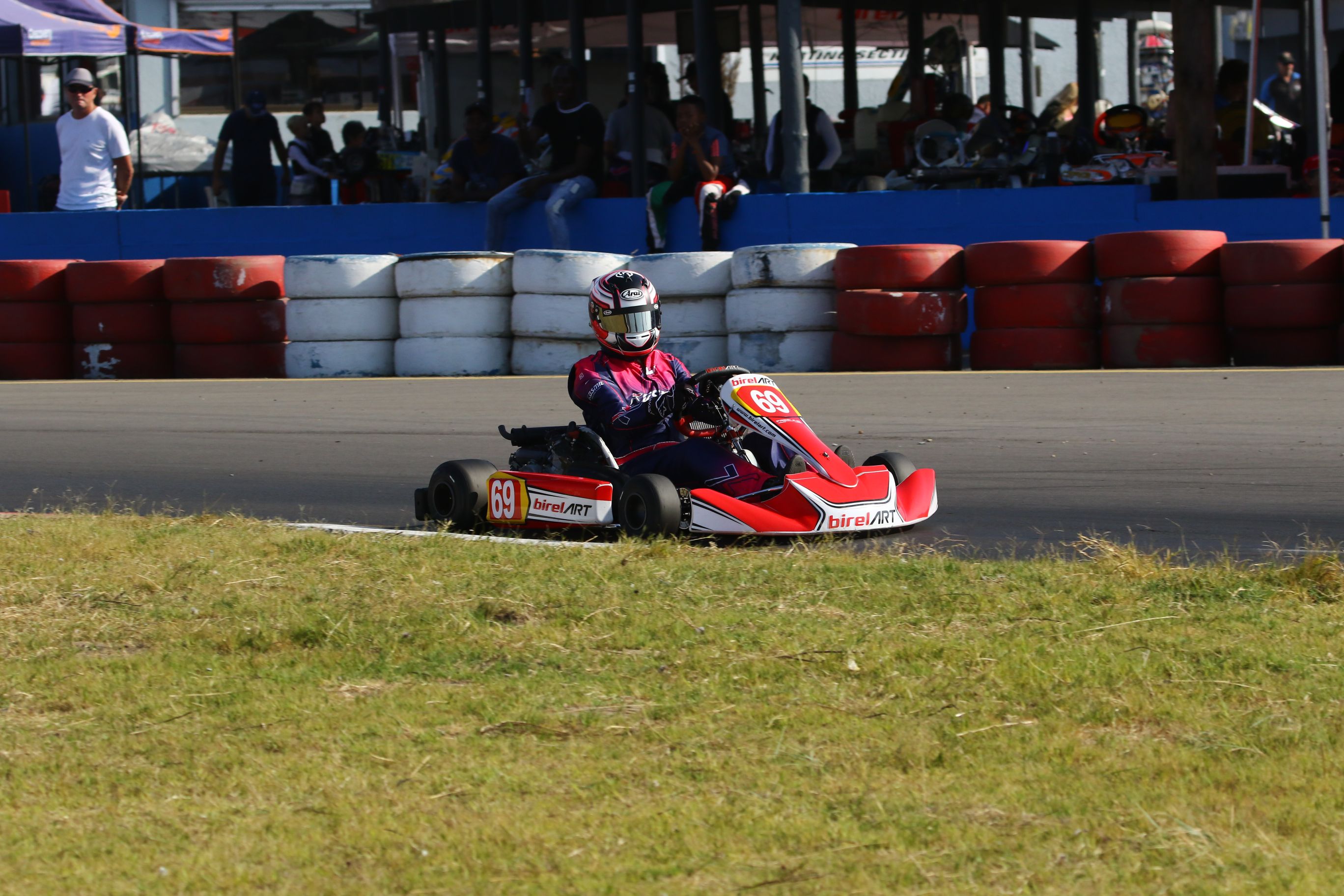 Race 3 was an entirely different kettle of fish, with no fewer than four changes of the lead over 15 laps. Struggling for pace and trip, Boyd and Coetzee were incredibly evenly matched over the entire race, with Boyd crossing the line just 0.365s ahead of Coetzee.

As the sun dipped towards the horizon, Boyd could take great pride in achieving his first triple win in DD2. Beating a driver of Coetzee’s calbre in three consecutive races is no small feat, demonstrating Boyd’s ongoing development in this class.

When National karting eventually kicks off in South Africa this year, Boyd will be a serious contender for the Championship.